‘THE STAIN OF INDIGO’ AND GANDHI’S SATYAGRAHA IN CHAMPARAN

Champaran is a district in North Western Bihar. It formed part of the Tirhut division in the province of Bihar and Orissa in British India. In 1972, it was divided in two districts, Pashchim (west) and Purbi (east) Champaran. The headquarters of the former is at Bettiah and the latter is at Motihari.

Indigo cultivation in Champaran goes back to the late 18th century. It was in 1813, however, that the first indigo factory was founded at Bara village. By 1850, indigo had become the predominantly produced crop in Champaran, replacing even sugar. 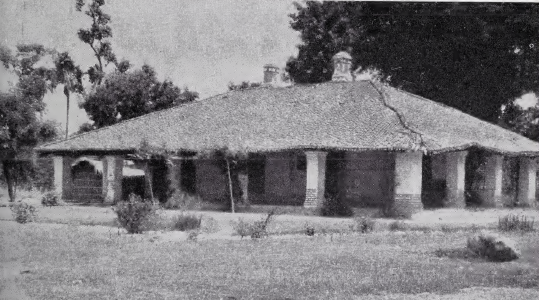 The predominant system of Indigo cultivation in Champaran was the tinkathia system. In this, the ryot was under an obligation to cultivate three kathas per beegha of his land with indigo i.e. 3/20th of his landholding ( 1 beegha= 20 kathas). There were no legal grounds for this. It was done solely at the wishes of the indigo factory owners (planters). Moreover, post 1900, because of competition from the European synthetic indigo, the indigo factories in Bihar started facing decline. To escape losses, the planters began cancelling their agreements with the ryots to grow indigo. To release them from this obligation, they charged a tawan i.e. damages as high as rs. 100 per beegha. If the ryots could not make a cash payment, then handnotes and mortgage bonds were made at an interest rate of 12 percent per annum.

Like Bengal, there was a general discontent among the ryots around indigo cultivation in Bihar. The core reason for this was the low remuneration they received for the crop. They also suffered harassment and oppression at the hands of factory servants. All this resulted in demonstrations against indigo cultivation in Champaran twice. First, in 1867 when the tenants of Lalsariya factory refused to grow indigo. Since the redressal of the grievances were not satisfactory, a second demonstration emerged in 1907-08 which witnessed unrest and violence in Sathi and Bettiah against the tinkathia system.

The socio-politically surcharged situation in Champaran finally culminated in the historic Champaran Satyagraha which none had seen coming, not even its protagonist, Mahatma Gandhi. “I must confess that I did not then know even the name, much less the geographical position, of Champaran, and I had hardly any notion of indigo plantations.”

At that time Gandhi had recently returned from South Africa after a successful Satyagraha against the Apartheid system. Thus, he had assumed the status of an emancipator. The resentment surrounding indigo cultivation compelled Raj Kumar Shukla, a well-off agriculturist to persuade Mahatma Gandhi to visit Champaran and work for the oppressed peasants. Along with Brajkishore Prasad, a reputed Bihari lawyer who fought cases for the tenants, Shukla first met Gandhi at Lucknow where he had come to attend the Annual Congress Meet of 1916. Initially, Gandhi seemed unimpressed by both of them and clearly stated that unless he saw the situation for himself, he would not do anything. He further asked them to pass the resolution without him. Brajkishore Prasad moved a resolution in the Congress meeting about the distress of peasants in Champaran. Shukla gave a speech while supporting it. The resolution was unanimously passed.

However, Shukla was not satisfied. He followed Gandhi to Kanpur and Sabarmati. Gandhi finally agreed to visit Champaran. “I have to be in Calcutta on such and such a date, come and meet me then, and take me from there.” The news of Gandhi’s arrival in Champaran had created a stir among the British officials. They believed that his arrival could provide fuel to the inflammable situation in Champaran. At the same time, they were aware that given his huge following, he had to be watched and dealt with carefully.

Gandhi first arrived in Muzaffarpur. Being sensible to the situation, he immediately wrote to the Commissioner of the Tirhut Division informing him that he wanted to work with the cognizance and co-operation of the government. He also asked for an appointment so that he could apprise him about the purpose of his visit.

In the meeting, Gandhi stated that owing to public demand, he wished to enquire about the condition of indigo cultivation in Champaran and the grievances of the tenants associated with it. He also said that he did not have any desire to instigate turbulence. He was asked to show the credentials to prove that there indeed was a public demand for his arrival which he eventually produced. 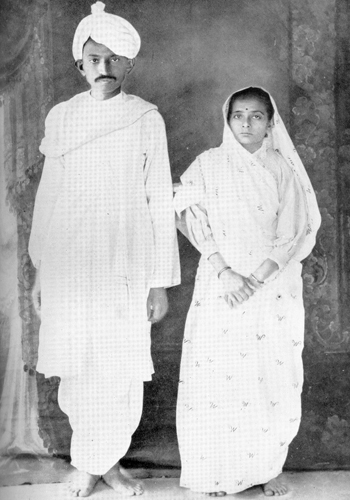 Gandhi and his wife Kasturba Gandhi on their return from South Africa to India in 1915.

Despite the clarification, British officials were still apprehensive about Gandhi’s objectives. They believed his motive was agitation which would most likely disturb the public tranquillity. Thus, it was decided that as soon as he arrived in Champaran, a notice to leave the district should be served on him under Section 144 of the Criminal Procedure Code.

Mahatma Gandhi finally arrived at Motihari, headquarter of Champaran district, on 15th April 1917. He decided to visit the village Jassauli where a tenant had been mistreated. While still on his way, he was overtaken by a Sub-inspector who informed Gandhi that an order under Section 144 has been issued and requested him to return and meet the District Magistrate. Gandhi came back from the way but he refused to adhere to the notice. He wrote to the Magistrate that he would not leave Champaran for which he was ready to suffer the penalty of disobedience. 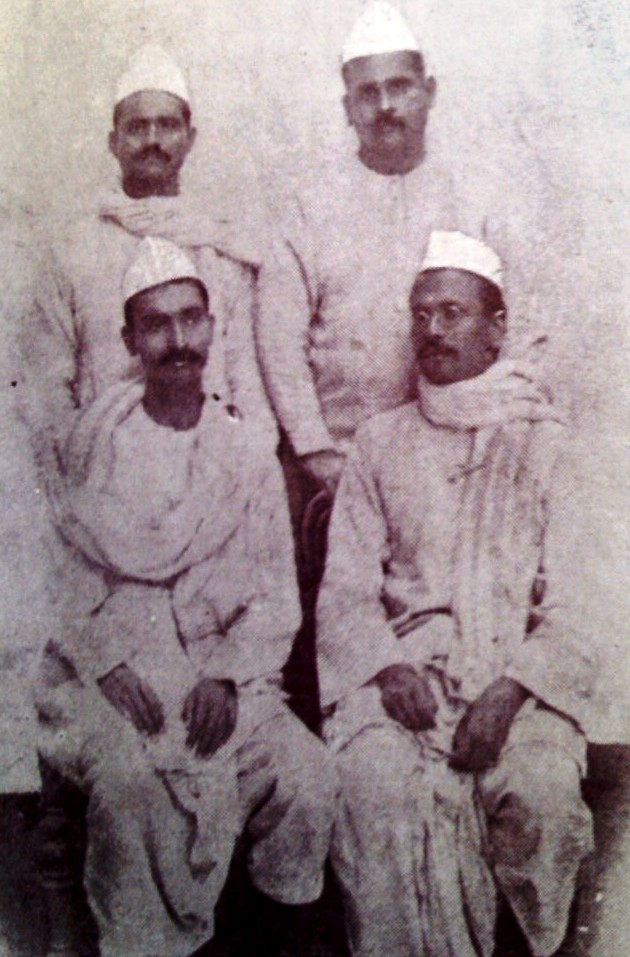 As a result, Gandhi was also charged under Section 188 of the Indian Penal Code and summoned for a trial on 18th April. The day of the trial is one of the most memorable moments in the history of Champaran. A huge crowd of ryots had gathered in front of the Court. The trial started and the government pleader stated the case against Gandhi. In his turn, Gandhi read out his statement in which he reiterated that he does not intend to invoke any agitation. Rather, his motive was only humanitarian and national service for the distressed peasants which he wanted to achieve with official assistance. He didn’t offer any defence but declared his willingness to go to jail.

Gandhiji’s stance baffled the officials. In view of the confusion, it was decided to postpone the sentencing. In the meantime, the Lieutenant Governor intervened and on the grounds of insufficient evidence against Gandhi and the doubtful legality of invoking Section 144 against him, ordered the local administration to withdraw the case. Moreover, he also gave Gandhi the permission to conduct the inquiry. Thus, the ideals of Civil Disobedience and Satyagraha which later became a characteristic feature of the Indian National Movement, began from Champaran.

After this, Gandhiji proceeded with his inquiry, first in Motihari and then in Bettiah. All this time, he was assisted by his co-workers who acted as volunteers in conducting the inquiry. These included personalities like Rajendra Prasad, Brajkishore Prasad, Mazharul Haq, J.B. Kriplani, Ramnavami Prasad etc. Thousands of ryots from several villages came to give their statements about their grievances with the indigo cultivation system. Amidst this, Gandhi had become a heroic figure for the peasants. They perceived him as their saviour and used to wait for his darshan. 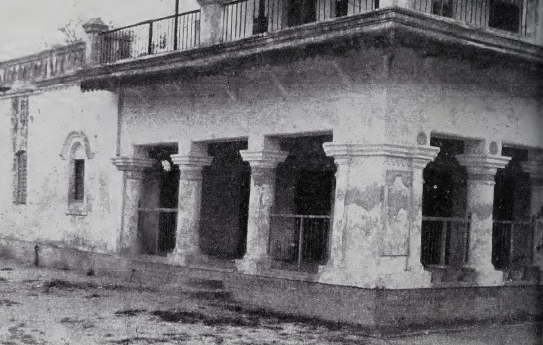 Hazarimal’s Dharamshala from where Gandhiji conducted his inquiry in Bettiah, Champaran. Source: 'Gandhi in Champaran' by D.G. Tendulkar.

The Bihar Planters’ Association vehemently opposed the inquiry on the grounds that it presented a biased picture and had the potential of instigating ryots’ aggression against them. They demanded that Gandhi’s inquiry should be stopped and if need arises, an impartial inquiry should be instituted by the Government itself. Moreover, some European officials were also apprehensive of the situation and believed that Gandhi’s inquiry was likely to become an anti-European movement.

One of the schools started by Gandhi in Bhitwara, Champaran. Source: 'Gandhi in Champaran' by D.G. Tendulkar.

As this opposition intensified, the Government intervened in the matter. Gandhi was called for an interview with W. Maude, Member of the Executive Council, Government of Bihar and Orissa who instructed him to send a preliminary report of the inquiry so far. He also suggested that in the meantime recording of statements by Gandhi’s companions should be stopped and only he should make inquiries quietly. Gandhi submitted the report on 13th May. However, he refused to comply with the request of dispensing with the services of his co-workers. “I must confess that this request has hurt me deeply…. I consider it a privilege to have the association, in the difficult tasks before me, of these able, earnest and honourable men. It seems to me that for me to abandon them is to abandon my work.”

Gradually, the demand for the institution of a Commission of Inquiry by the government escalated. In this respect, Gandhi was summoned to Ranchi on 4th June by Lieutenant Governor, Sir E. A. Gait for a meeting regarding the submission of a preliminary report of his inquiry.

A few days later, the Lieutenant Governor in Council decided to appoint a Committee of Inquiry to examine and report on the agrarian conditions in Champaran. Gandhiji was appointed as one of its members. As soon as it was constituted, he stopped taking statements of the ryots personally. On 10th June, the Resolution of the Committee was published which stated their duty as follows: Enquiring into the relations between the landlord and tenant, examining the already available evidence on this subject and submission of recommendation to remove the grievances of the actors involved. 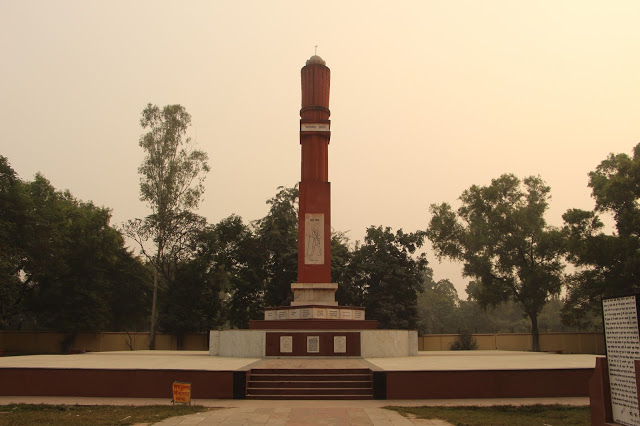 The Committee initiated its work from mid-July and after a period of three months, submitted its report to the Government on 4th October 1917. It primarily made the following recommendations: First, the tinkathia system should be abolished. Second, if someone enters into an agreement to grow indigo then it should be voluntary, its term should not extend more than a period of three years and the decision to select the field in which indigo is to be grown should rest with the ryots. Third, the ryots who paid tawan to the factories would get back one fourth of it from them. Fourth, the realization of abwab (illegal cesses) should be stopped.

The Government accepted almost all the recommendations of the Inquiry Committee. To give effect to the recommendations, it also issued a resolution. Based on this report, W. Maude introduced the Champaran Agrarian Bill in the Legislative Council on 29th November 1917 and also delivered a remarkable speech the very same day. In 1918, ultimately, the Bill was passed and it became the Champaran Agrarian Act. “The tinkathia system which had been in existence for about a century was thus abolished and with it the planters' raj came to an end,” wrote Gandhi in his autobiography.

stir among the British officials

wrote to the Commissioner of the Tirhut Division

Section 144 has been issued

suffer the penalty of disobedience

summoned for a trial

willingness to go to jail

Resolution of the Committee

Government accepted almost all the recommendations