This is the story of the brave queen Rani Durgavati. The scion of the famous Chandela dynasty of Mahoba, and the queen of the Gond kingdom of Garha-Katanga, the Rani took on the might of the Mughal Empire with great courage and leadership. She, like many other women of her times, chose to embrace death rather than falling into the hands of the enemy. Named after the fierce Hindu goddess Durga, Durgavati proved to be a human embodiment of the deity.

Durgavati was born on 5 October 1524 in Kalinjar, one of the most impregnable forts of medieval India, which lies in the Banda district of the state of Uttar Pradesh in north India. It was held by her father Raja Salbahan of Ratha and Mahoba, a descendant of the famous Chandelas who had built the Khajuraho temples and had rebuffed the attacks of Mahmud Ghazni in the past. It is said that since she was born on the festival of Durgashtami, her parents named her Durgavati. At the age of 18, she was married to Dalpat Shah the son of the Gond King Sangram Shah of Garha-Katanga, cementing an alliance between the two royal families. 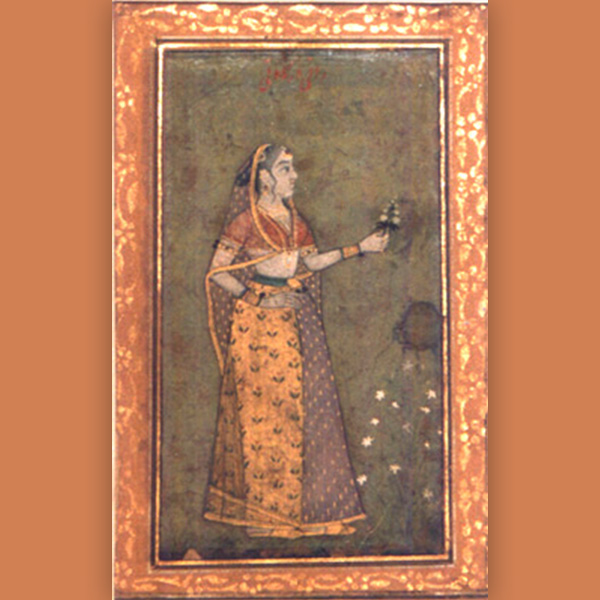 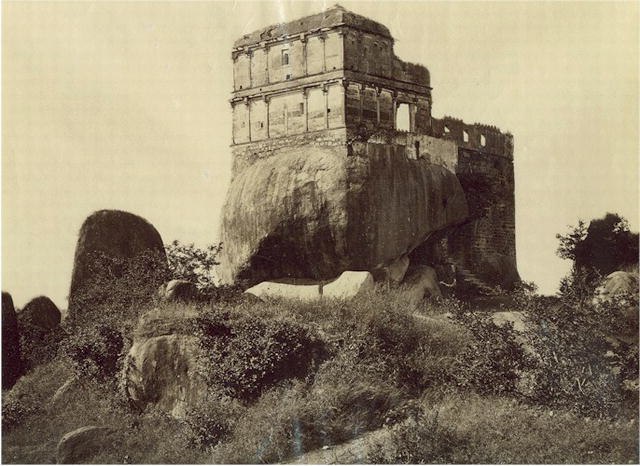 The small kingdom of Garha-Katanga (later known as Garha-Mandal) emerged in central India in the aftermath of Timur’s invasion (1398), when the nominal vestiges of the Sultanate rule over this region were thrown off by King Yadavrai. The name of the kingdom was derived from the principal town called ‘Garha’ and a village called ‘Katanga’ located 4 miles west of the city of Jabalpur. The kingdom grew during the reign of Sangram Shah and comprised of an area which at present lies the districts of Mandla, Jabalpur, Narsinghpur, Hoshangabad, Bhopal, Sagar, Damoh in the state of Madhya Pradesh and some areas in the adjoining state of Chhattisgarh. It had a total of 52 forts, all strategically located amidst dense jungles and hills.

Dalpat Shah died in the year 1548, leaving behind a minor son, Bir Narayan, as the heir. Rani Durgavati installed Bir Narayan on the throne and herself took on the reins of the government. Assisted by two able ministers, Adhar Kayastha and Man Brahman, Rani Durgavati administered the kingdom and took it to such high levels of prosperity that people paid taxes in gold coins and elephants. She constructed reservoirs such as a the Ranital, Cherital and Adhartal, for the benefit of her people. She was a patron of learning, and allowed Acharya Bitthalnath to establish a seat of the Pushtimarg Cult at Garha.

Rani Durgavati consolidated the boundaries of her kingdom. She personally led her army to quell rebellions. Her kingdom stretched 300 miles from east to west and 160 miles from north to south. It comprised of towns and cities, and strong forts. The population consisted mainly of Gond tribesmen who resided in villages. Of the total 23,000 villages, nearly 12,000 were directly under the queen while the rest were under her vassals. All of this was held together by a strong and well-equipped army made up of 20,000 cavalry, 1,000 war elephants and a large infantry. According to a contemporary Persian source, Tarikh-i-Firishta, Durgavati repulsed Baz Bahadur, the ruler of Malwa, who had attacked her kingdom between 1555 and 1560.

The consolidation of her kingdom brought the Rani in close proximity to the Mughal Empire. Akbar, the Mughal Emperor, was set on a course of expansion of his kingdom. In 1562 Baz Bahadur was defeated by Akbar and Malwa became part of the Mughal Empire. Soon the Mughal generals took over the kingdoms of Rewa and Panna and it was only a matter to time when they would come knocking at Rani Durgavati’s door.

The Mughal Governor of Kara-Manikpur, Asaf Khan, first befriended the Rani and opened trade relations between the people. In the process, he collected information about her army and treasury through spies. Soon he started conducting raids on border villages and finally launched a completely unprovoked attack on her kingdom in 1564. Equipped with a large imperial army consisting of 10,000 cavalry, infantry, and artillery, Asaf Khan came inside Garh-Katanga up till Damoh. Durgavati was caught unawares. Her soldiers were away on duty in the countryside and some were on leave. Her minister Adhar, advised her against any action. This was not acceptable to the Rani and she decided that it was better to die with glory than to live with defeat and humiliation.

The Rani started with barely 500 men. Crossing hills and dense jungles, and collecting men on her way, she arrived at a village called Narhi. This was a strategic location which was surrounded by high hills on one side and had two rivers, Narmada and Gaur, running on the other, making the entry and exit from this place very difficult. Durgavati entrenched her troops here. Asaf Khan was unable to locate her position for some time. When at last he found out, he arrived at Narhi. Seeing this, Rani Durgavati called a meeting of her generals and said that it would not be possible for them to remain hidden for long, that they would have to fight and if anyone differed with her decision then that person was allowed to leave. Such was the power of her words that her men, who now numbered 5000, decided to stay and obey her orders.

A painting of Rani Durgavati, shown gearing-up for the Battle of Narhi, by the renowned artist by Beohar Rammanohar Sinha, in the Shaheed-Smarak or Martyrs'-Memorial Auditorium in Jabalpur, MP (India). This is said to be the first ever painting of the Rani. Image Source: Wikimedia Commons

The next day the Mughal troops captured the heads of the ravines that led to Narhi. The commander of Rani’s war elephants, Arjun Das Bhai, died defending the pass. On hearing this the Rani herself led her soldiers to war. Her strategy worked on that day. She ordered her men to move slowly to allow the enemy to enter the pass. Then she led her men to attack them from all sides. Her small force was able to defeat the Mughals and, at the end of the day, 300 men of the enemy were killed while the others were chased away. The same night she called a meeting of the war council and proposed to carry out a night attack on the Mughals. This would prevent them from bringing their artillery inside the pass. However, her generals did not agree to this.

The Rani was proven to be right, as the next day Asaf Khan had brought his big guns inside the pass. The brave Rani decided to face the enemy. Equipped with her armour and mounted on her favourite elephant, Sarman, she and her son led their army to fight and were able to push back the Mughal soldiers at least three times. The battle raged on till 3 in the afternoon, till Bir Narayan was badly wounded and had to be removed from the battlefield. The Rani continued fighting until two arrows struck her, one in her right temple and the other in her neck. She pulled them out but fell unconscious. On regaining consciousness, she realised that she had lost the day. She asked her elephant driver, Adhar Baghela, to kill her with his dagger. Baghela refused but offered to take her to a safe place. The Rani realised that they would not be able to go too far and would soon fall into the hands of the enemy. She now took out her dagger and stabbed herself in her heart. Thus, on the 24th of June 1564, died the brave Rani Durgavati who chose death against dishonour. Her men cremated her in a narrow mountain pass some 12 miles from Jabalpur. 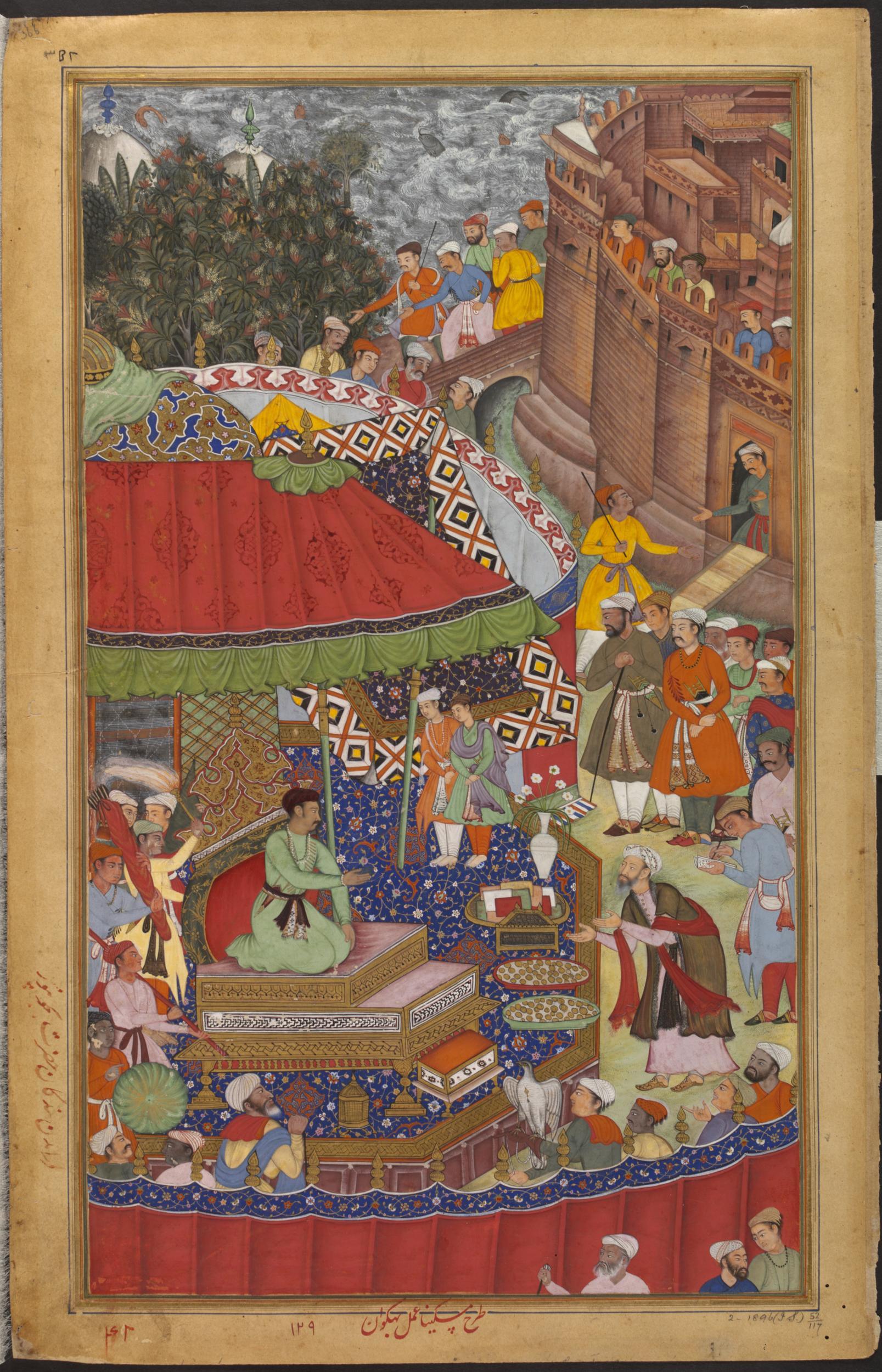 Asaf Khan I, a Mughal general, presenting spoils from the conquest of Garha to Akbar in 1565 at Jaunpur, as shown in the Akbarnama. Image Source: Wikimedia Commons 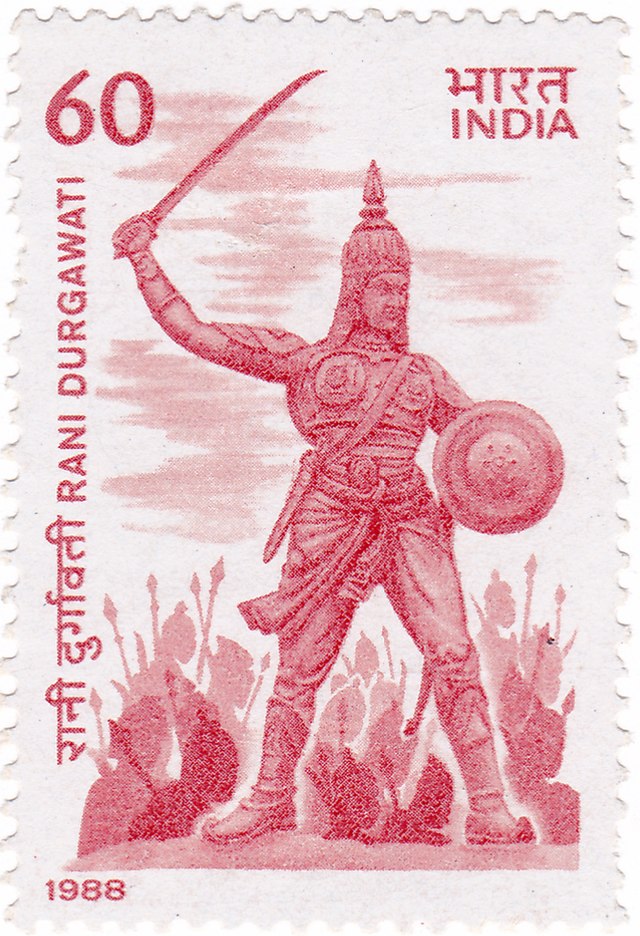 A stamp issued in honour of Rani Durgavati in 1988. Image Source: Wikimedia Commons

Although many of her followers surrendered to the Mughals soon after this, it took Asaf Khan another 2 months to consolidate his position at Garha. Then he besieged the capital at Chauragarh, which was defended bravely by Bir Narayan until he couldn’t hold out. He led his men out of the fort and died fighting, while the women performed Jauhar. Asaf Khan took over the capital and looted the treasury. Asaf Khan held back the treasures and tried to assert his independence, but had to finally surrender to Akbar. The kingdom passed on to a series of Mughal Governors until Akbar restored it to Bir Narayan’s uncle and Dalpat Shah’s younger brother, Chandra Shah, who accepted Mughal suzerainty and surrendered territories including Bhopal.

The Mughal encounter with the Rani was documented by Abul Fazl, Akbar’s chronicler and other Persian writers. Abul Fazl wrote of Durgavati that she was a combination of beauty, grace and manlike courage and bravery. A good shot with gun and arrow, Durgavati went on hunts and it was said of her that if she saw one glimpse of a tiger she would not drink water till she had shot it. The story of Durgavati was also chronicled many years later by the British Colonel, Sleeman, who spoke about the Rani as being the most revered of all sovereigns who ruled over Garh-Katanga.

A memorial to Rani Durgavati has been built in Jabalpur, at Nariya Nala near Barela on the Jabalpur- Mandla road, at the same place where the Rani had attained martyrdom. A ceremony is held here on 24th of June each year, which is celebrated as ‘Balidan Divas’ or Martyr day, in honour of the Rani. The fort of Chauragarh and Madan Mahal are places of tourist attraction. In 1983 the name of Jabalpur University was changed to Rani Durgavati University and a museum has been named after her. In 1988 a postal stamp was issued in her honour. In 2018, the Indian Coast Guard commissioned the 3rd Inshore Patrol Vessel (IPV) called ‘ICGS Rani Durgavati’ at its district headquarters in Vishakapatnam. However, the most enduring memorial of the Rani is the collective memory of the people, where she has found a place of great regard. Her story has become a legend which forms the theme of songs and tales, through which she stays alive in the hearts of the people every day. 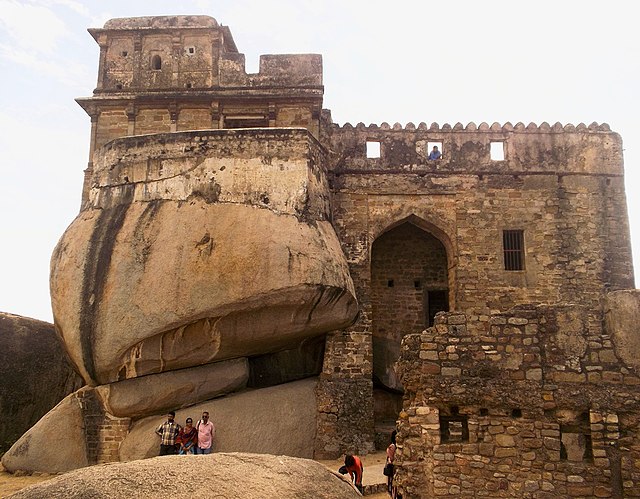 A view of the Madan Mahal Fort, Jabalpur, where the main chamber of the royal family, war rooms, the small reservoir and the stable are worth a visit.
Image source: Wikimedia Commons 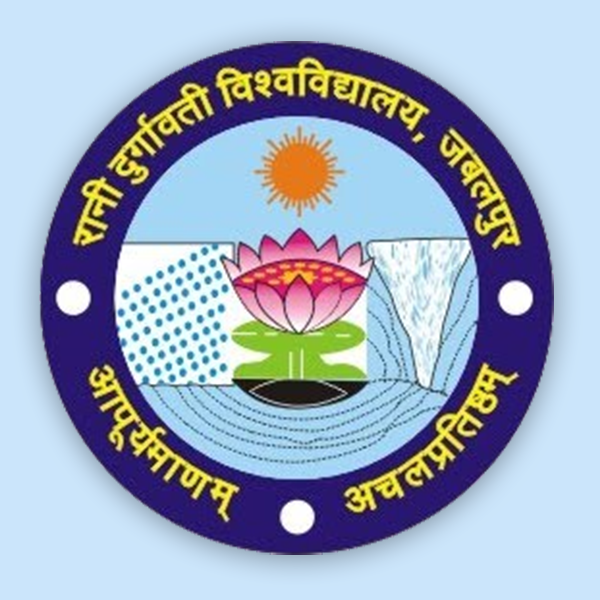 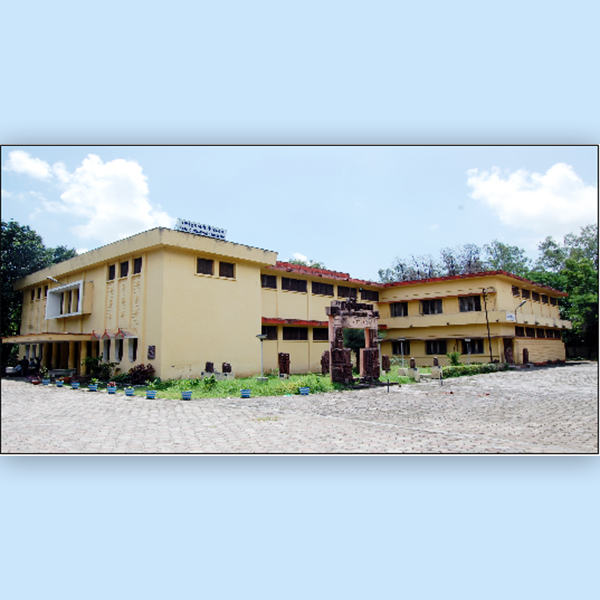 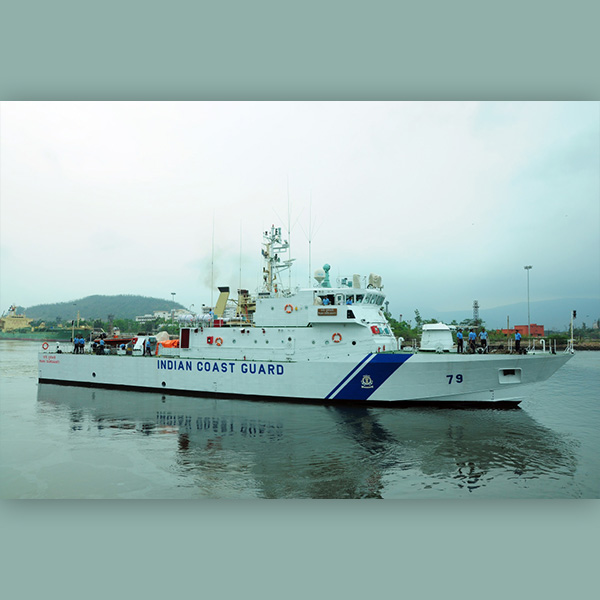 An image of ICGS Rani Durgavati, after its delivery to the Indian Coast Guard.
Image Source: Wikimedia Commons

installed Bir Narayan on the throne

the most revered of all sovereigns